Once upon a Pagan Blog Project…

I used to enjoy the Pagan Blog Project way back when it still existed so I have decided I’m going to do it for myself this year in all its alphabetised glory.

I have written about this subject before, (check out 6th January 2012) but things change in nine years. We still have the household altar and I still have my kitchen altar. But I’ve started building and rebuilding a ritual altar over the course of 2020 as we’ve been doing a Pagan gathering most Saturdays throughout the pandemic and when I’ve been leading a ritual I’ve found its a good focal point to have the living room table set up in front of the webcam.

My relationship with sharing my altar has very definitely changed, what previously seemed show-offy and a bit off is now welcoming my community into my shared space. This extends to the secular altar of my front window and also to my bedroom window. 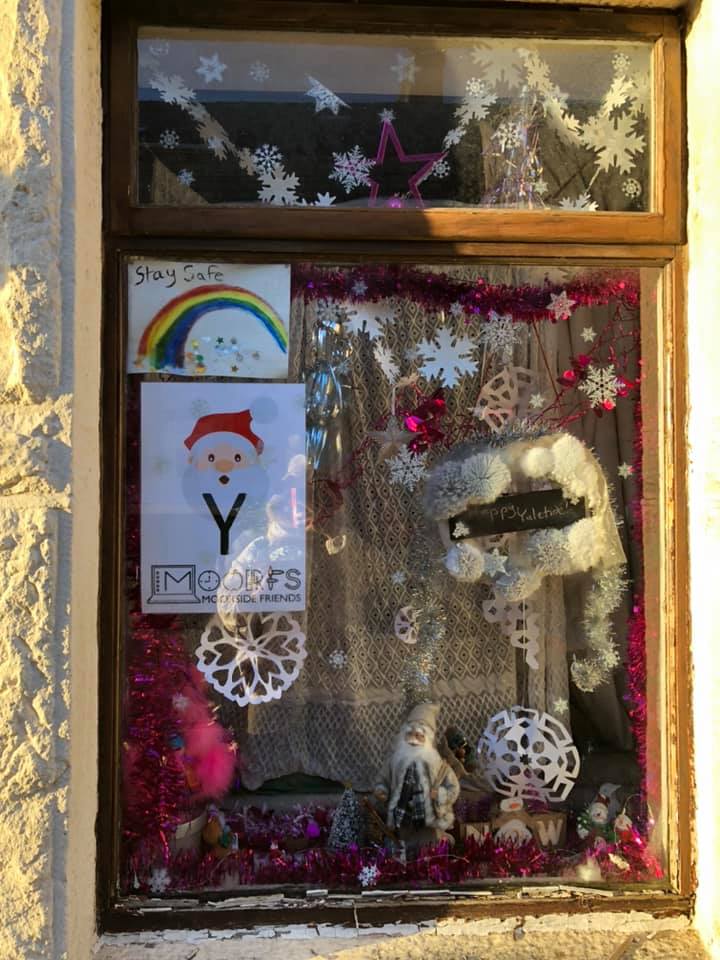 After joining in all those window displays that too no longer seems like a matter of showing off to the neighbourhood but rather sharing with and joining in. I have enthusiastically put up rainbows and teddy bears and a Christmas Window over the course of the Yuletide and in some ways that has acted as a similar focal point to the webcammed altar for my pagan group.

I still build my altar with that same basis as I discovered in my teens, earth in the north, air in the east, fire in the south and water in the west, but the ritual altars that are built and rebuilt almost every week build onto that basic pattern and they incorporate the tools of the task in hand as well as things to catch the eye and the focus, not just for myself but with an eye to being shared and seen. Something for people to look at to direct their concentration to the ritual at hand. 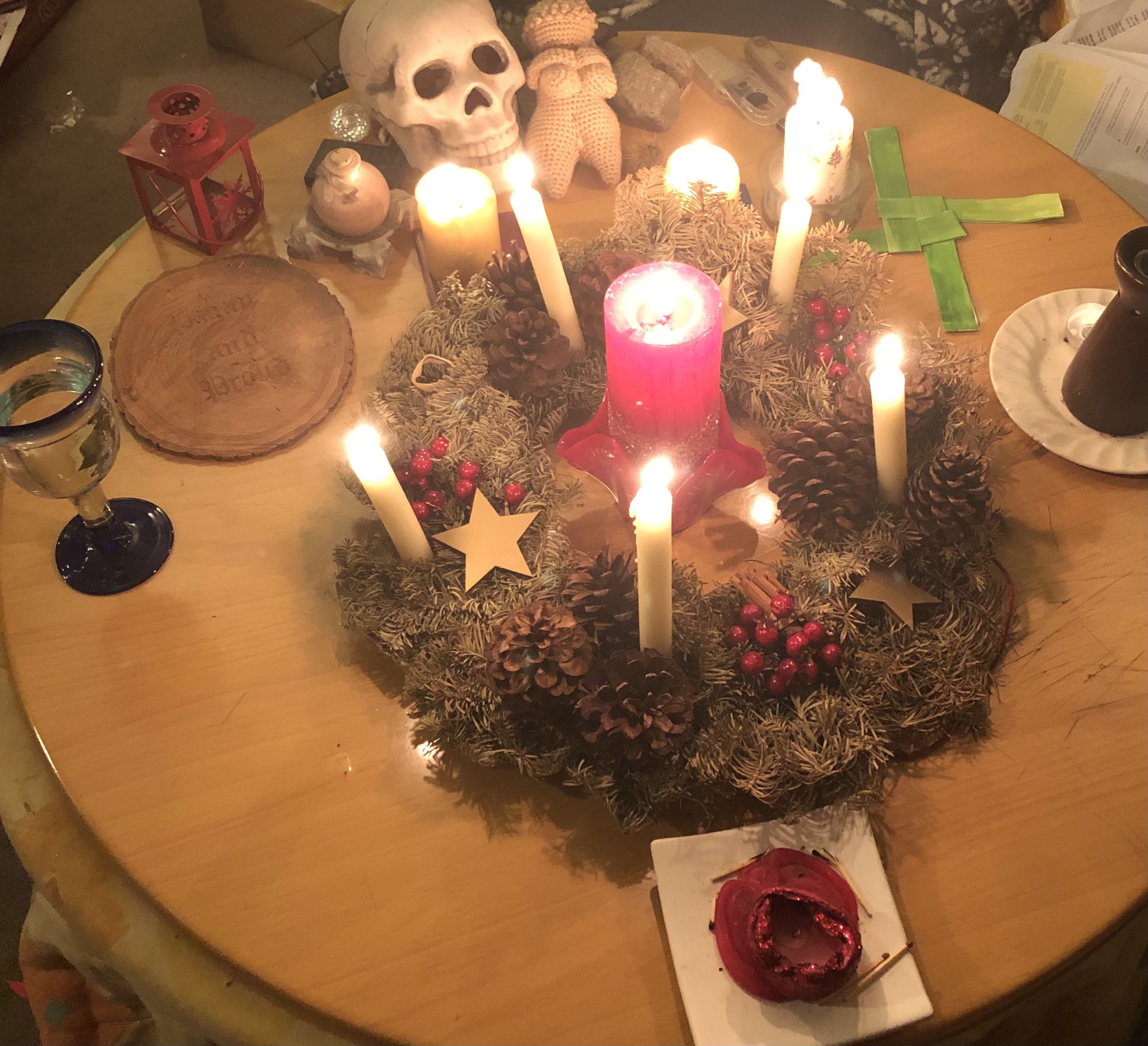 Over 2020 my appreciation for my community both seen and unseen has increased and the thoughtfulness with which I build my altars has increased in turn. That brings me to my bedroom window I suppose. I’ve been using chalk pens on it to do meditative doodles in accordance with the season. This is at least slightly inspired by a zoom artclass I took by and Indian practioner of Madhubani, again, weird silver linings to the COVID-19 outbreak that led to me taking classes in things I would never have done previously.

It’s definitely meditative, it’s definitely a focal point in the same way that an altar is but I’m finding it interesting that I’m doing it on my window. The altar as communication with the outside world in a way that no longer seems to be performative but rather inclusive. Where I draw my lines of private and public and what I find to be drawing in and sending out into the world has been something that has been redrawn by the pandemic. I don’t think I’m the only one. The nature of private and public and what is community and what is personal is absolutely reflected in how I build and how I use my altars within ritual, meditative and community spaces.